I took an improvisational piecing class at New Pieces called Mac Attack with Mike MacNamara. Here are some photos: 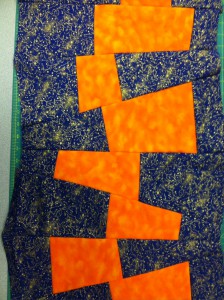 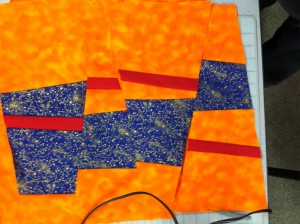 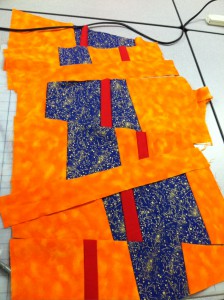 Here is the other piece of fabric that was two orange strips with a blue one in the center. I added a red strip. If I had to do it again I think I would use yellow rather than red. I didn’t get a chance to sew this one together because I had to go home to let the furnace repair guy in. We didn’t have any heat, so it really needed to be fixed.

This entry was posted in Classes, Improvisational piecing, Work In Progress and tagged Mike MacNamara. Bookmark the permalink.