I took 2 classes with Maria Shell 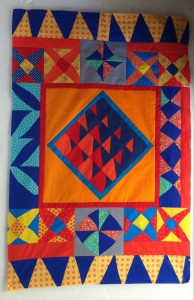 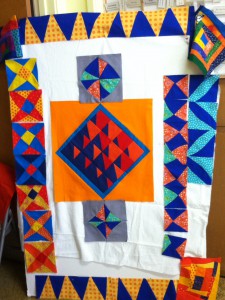 I was going to put log cabin blocks in the corners, but changed my mind. Also, the blue blocks were supposed to be a zigzag, but you can see in the first photo that they didn’t end up that way. I decided not to resew it because it added another unexpected element. The two blocks with grey in them were a mistake that I turned into two new blocks. 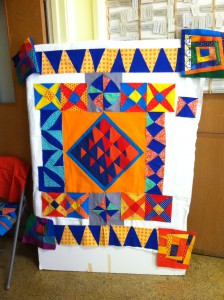 This is from the other class, linear blocks. 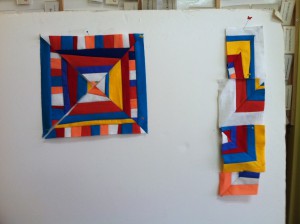 This entry was posted in Classes, EBHQ, Improvisational piecing. Bookmark the permalink.

One Response to I took 2 classes with Maria Shell