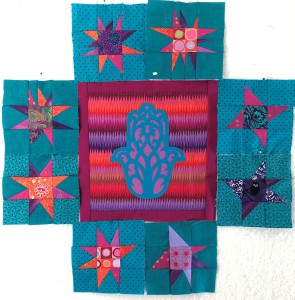 This is the beginning of a quilt that I started working on, a week ago. It will be a medallion quilt, inspired by all the lovely round robin medallion quilts that friends are making in EBHQ and SFQG. I played with the points on the stars. They range from 4 points/triangles up to 11 points!

I originally had a different center, but decided it was too dark, after viewing it on my wall at night. there wasn’t enough contrast at night. In the picture below, there is enough contrast because I photographed it in the day time. 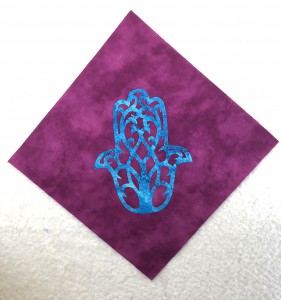 Then I redid one of the points/triangles of one of the stars.  I decided that the top triangle was too small. The original is below. 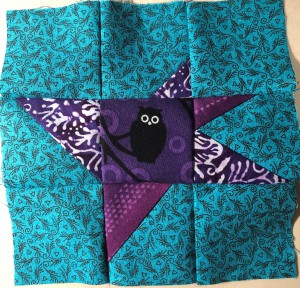