Disappearing all over the place!

Have you heard of a disappearing hourglass block? I hadn’t until I saw a YouTube video by the Missouri Star Quilt Co. I would have called this a “disappearing broken dishes block,” since that’s what I call the base block, before cutting into it. 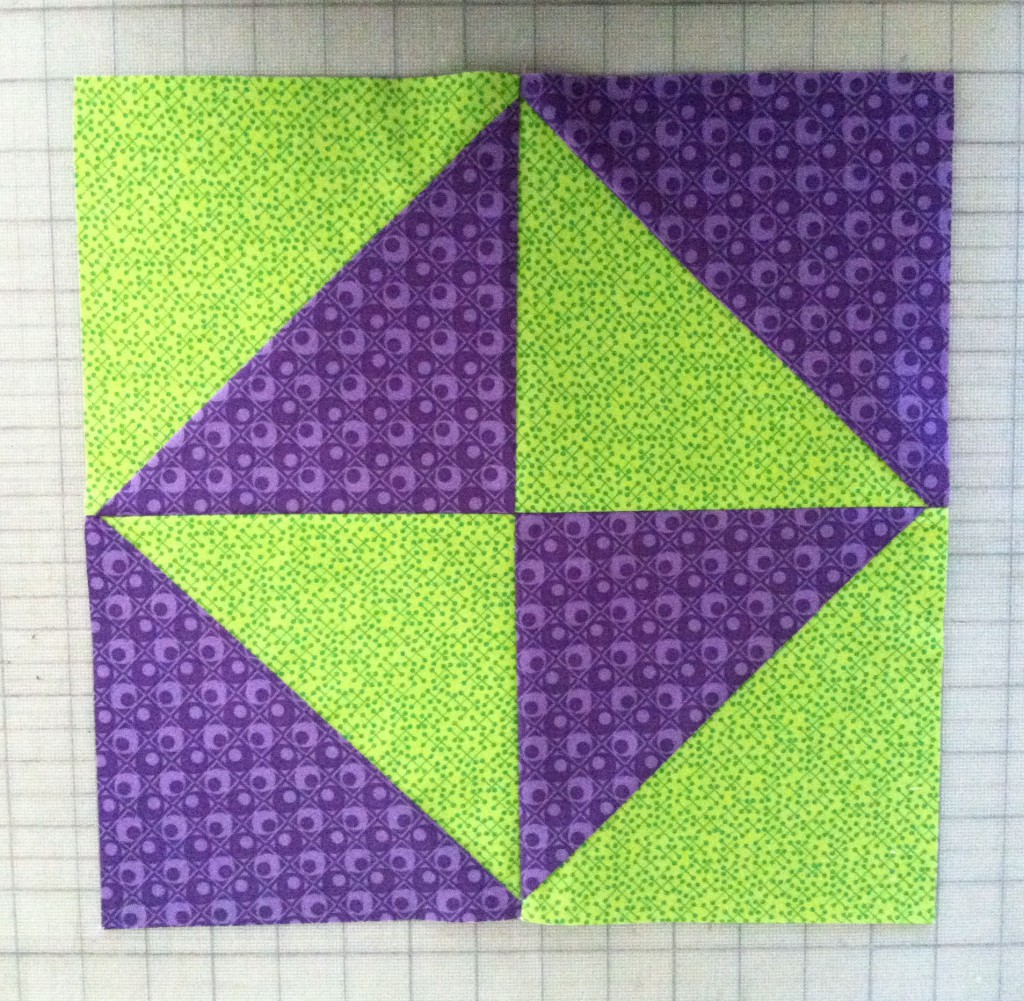 Here it is, sewn together, before I started dissecting it. 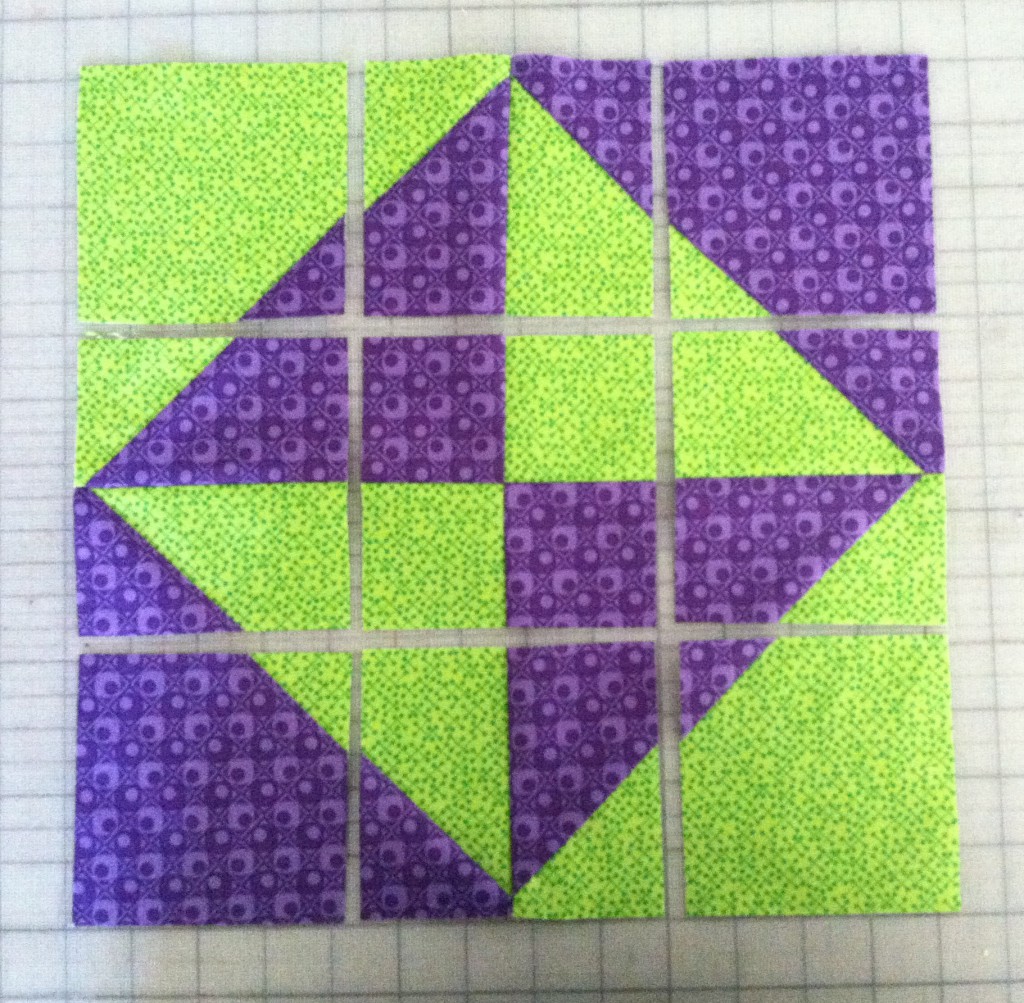 Each section is 2  1/4″ square. That’s four cuts. Then I had fun, rearranging the pieces. 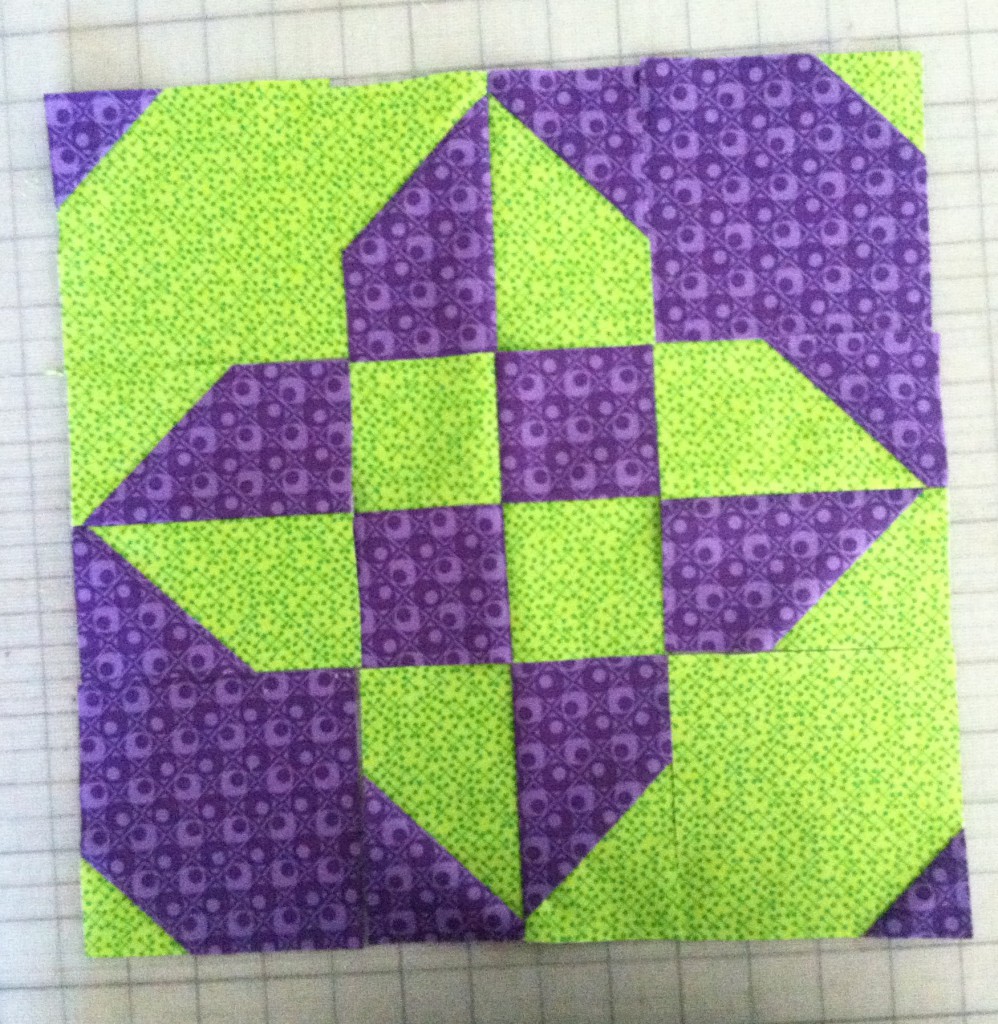 Here is possibility #1. The corners of this block, when set next to more of the same blocks would form an eight pointed star, with a diamond in the center. 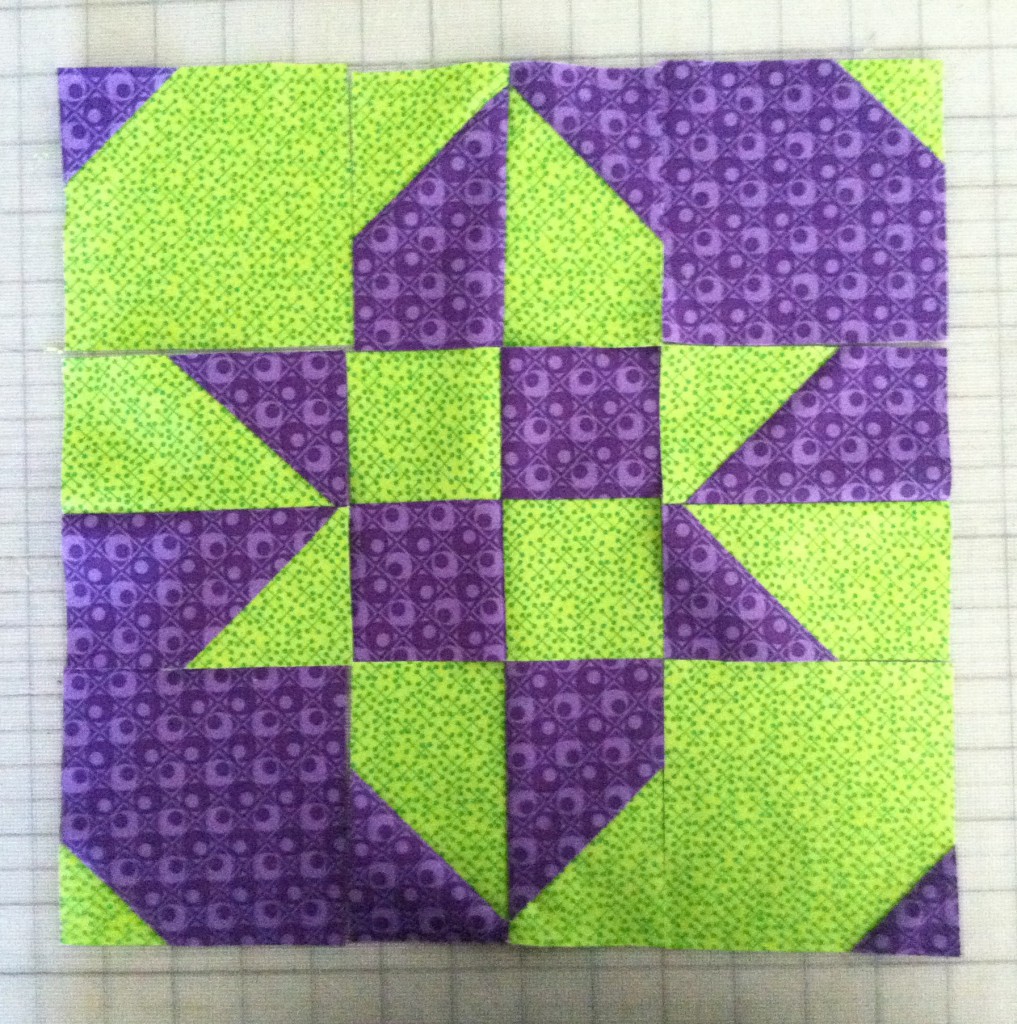 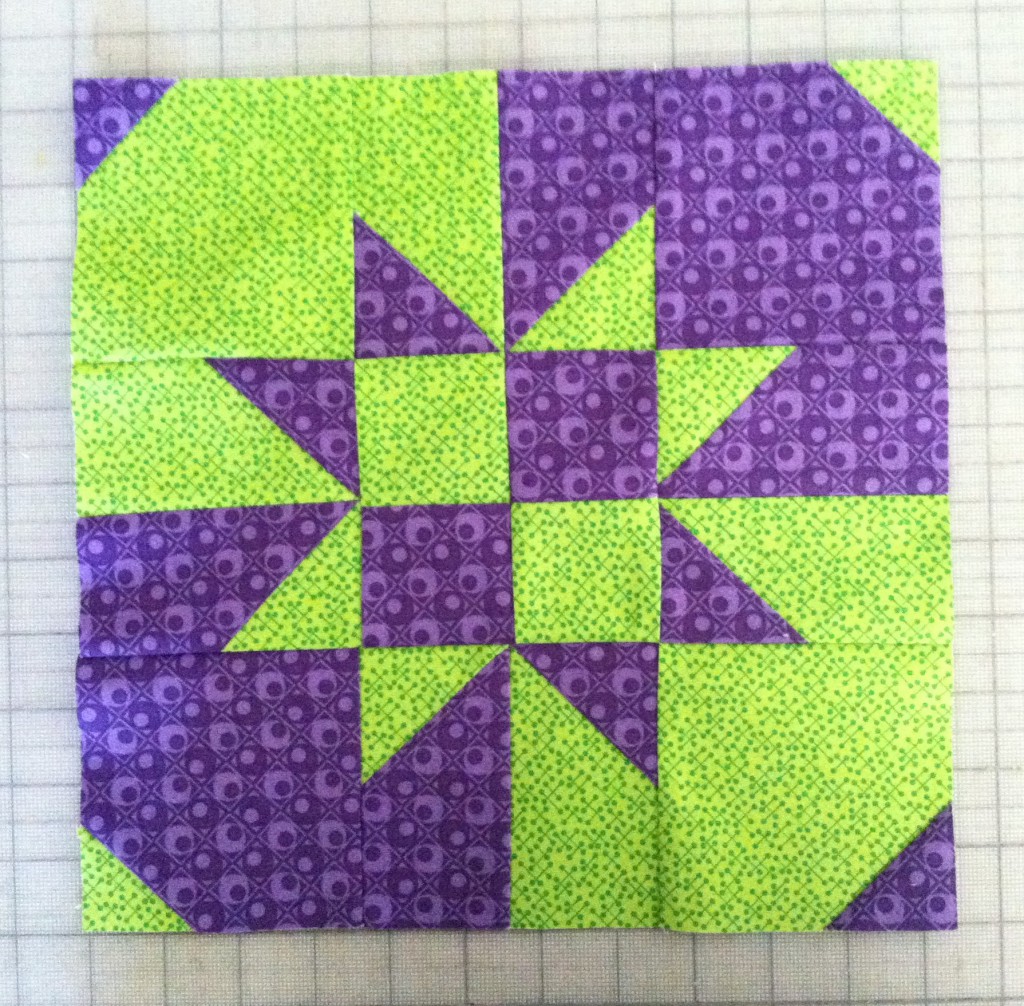 This is how I decided to sew it back together, which is the same as the YouTube video. Note that the triangles on the block corners will form a diamond when multiple blocks are placed next to each other.

If you’re wondering why I’m suddenly exploring all these disappearing blocks, it’s because I offered to teach a “tips and tricks” about disappearing blocks at the EBHQ Thursday night Meet Up in June. It’s June 9, if you want to come.